Democracy is grounded in the idea that the people should participate in their own rule. But it also always combines mechanisms of representation and participation, or in other words, the delegation of power and the sharing of power. How this balance – between representation and participation – works out in democratic theory and practice differs fundamentally over time and place, which produces a multiplicity of democratic discourses, practices and systems. Moreover, this balance between representation and participation is unstable and contingent, as different groups in democratic societies identify themselves with different democratic discourses, and engage in struggles over the nature of democracy itself, in combination with, for instance, political struggles of recognition and (re)distribution. This then makes democracy a site of material and discursive struggle, characterized by competing ideologies.

Democracy’s contingency is countered by particular ideological projects, whose hegemonic ambitions benefit from that phantasy of homogeneity and stability, by articulating their always particular ideological projects as to be taken‐for‐granted and normal. In this meaning, ideology benefits from making the democratic diversity forgotten or seem undesirable. One key location, and object of interest of hegemonic projects is the notion of “the people”, which is used to signify this homogeneity and unity. Ideologies claim to speak on behalf of the many, gain strength out of the claim of representing the people and offer subjects, through this process, opportunities for identification and identity construction. At the same time, no hegemony is stable and incontestable, which implies that diversity and plurality is bound to resurface, even if it sometimes takes time, and processes of symbolic annihilation can be strong. Moreover, social heterogeneity allows for a diversity of identifications and identificatory refusals. The multitude of performances introduce incessant discursive variations which undermine the capacity of hegemonic ideologies to tap into the phantasies of homogeneity and stability. 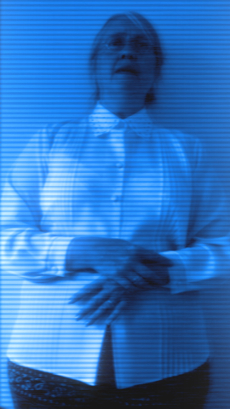 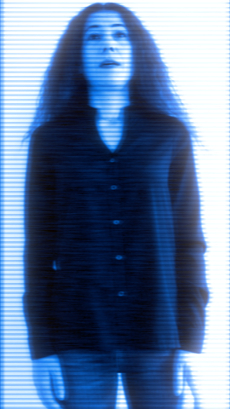 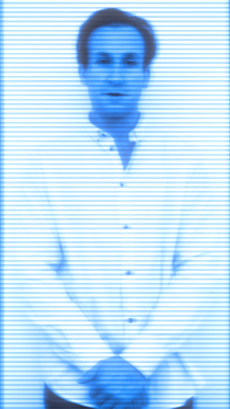 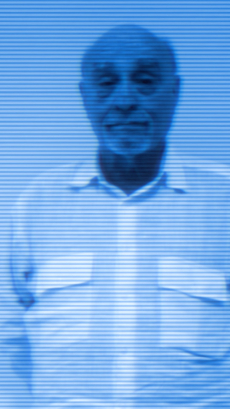 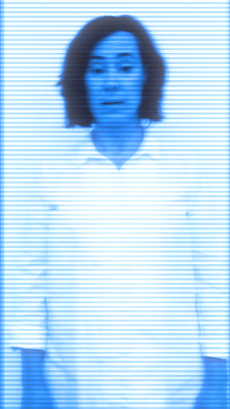 The Mirror Palace of Democracy aims to render this democratic contingency and these contradictions visible. The artwork uses the house‐of‐mirrors concept, which is a traditional attraction at amusement parks and fun fairs. The house of mirrors consists out of a maze, with components that are either see‐through glass or mirrors. The house of mirrors could in itself already be seen as a metaphor for democracy, as it positions the visitor in a maze that has not been created by the visitor him/herself (delegating power to a creator), but which requires the participation of the visitor to function. The house of mirrors also shows the individual, but replicates him or her, producing a visual collectivity – a one‐person people. At the same time, the palace’s mirrors complicate the notion of representation, creating endless reflections, which produce diversity and change. In the house of mirrors, representation is necessarily unstable.

The Mirror Palace of Democracy adds one dimension to this play with representation (in both meanings) and participation, by bringing in five ideological voices, that speak on behalf of the people, and represent the claim that ideologies have on “the people”. Each voice explicitly speaks on behalf of the people, through the repetition of the sentence “I am the people”. They invite visitors to identity with their voices, but the palace also materially embeds (and traps) the visitors within these voices. The five ideological projects are solidarism, liberalism, militarism, authoritarianism and nationalism. At the same time, the five voices – and their ideological claims – taken together are contradictory, showing that democracy that accommodate for, and is grounded in, diversity. All five voices claim homogeneity and stability, but their juxtaposition simultaneously signifies democracy’s heterogeneity and contingency. Moreover, some of the selected ideological projects also signify the limits of democracy and the threats that particular ideologies pose for democracy, incorporating the notion that democracy is never established and realized. All five ideological projects are communicated by a particular individual, resembling a hologram, which are screened in the house of mirrors. Through this process, they become replicated and performative variations occur, destabilizing them, but also merging them with each other, merging the visitor with them, and merging them with the visitors. Democratic contingency, and the contradictions within democracy, become both signified and written onto the bodies of the visitors.

A Visit to the Mirror Palace of Democracy by Nico Carpentier

The Mirror Palace of Democracy walk-through by Olga Yegorova