The Party of the Housing Dream

A series of characters who have left their homeland, or their hometown, spend their days and nights traversing the city of Brussels, searching for somewhere to live. Yet, despite their best attempts, they repeatedly ﬁnd themselves back where they started – humiliated, cheated, outside, and alone. Gradually, the idea emerges that the only solution to their problems is to take democracy seriously and launch their own political party. Little do they suspect where their dream will lead them…

For many years, the Groupe ALARM have been using a variety of ludic and theatrical strategies, inspired in particular by Augusto Boal’s “theatre of the oppressed”, to provoke citizens and politicians not only to reﬂect on the housing crisis that affects the Belgian capital, but above all, to do something about it. One of the concepts they ﬁrst came up with, many years ago, was an imaginary political party that served as a platform for them to present their demands: the Party of the Housing Dream.

The ﬁlm we made together had its roots in a series of collective writing and improvisation workshops held during the winter of 2013-14. By inventing a ﬁctional backstory for the Party, we were able to tie together many of the stories and scenes that emerged during those sessions. While none of the actors in the ﬁlm plays “themselves”, all the situations that they enact for us are rigorously true to their collective experience of searching for somewhere to live, and often failing to ﬁnd anything but public impotence and private criminality.

The Party of the Housing Dream, then, is an exercise in collaborative creation. The Groupe ALARM are collectively the authors of the ﬁlm. The ﬁlm was shot over a period of six months in 2015-16, in irregular bursts of activity, with a small professional crew. The dialogue was improvised before the camera, the story-line was constantly revised and rewritten as the production progressed, and the edit was progressively validated by the group as it proceeded. In this way, the ﬁlm allowed the members of the Group to achieve the programme that Rahim sets out in the ﬁlm’s ﬁnal scene: “Instead of being just spectators, we ourselves have to become actors.”

Screening at NAC on 10 December 2017, photographs by Olga Yegorova and Nico Carpentier 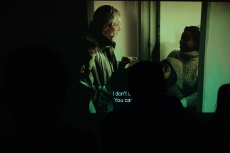 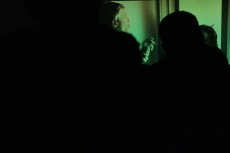 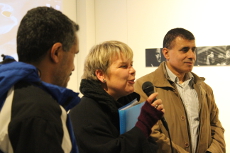 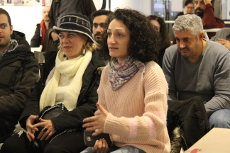 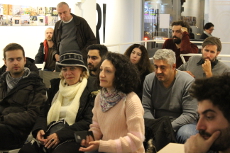 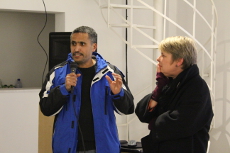 Party of the Housing Dream trailer (in French)